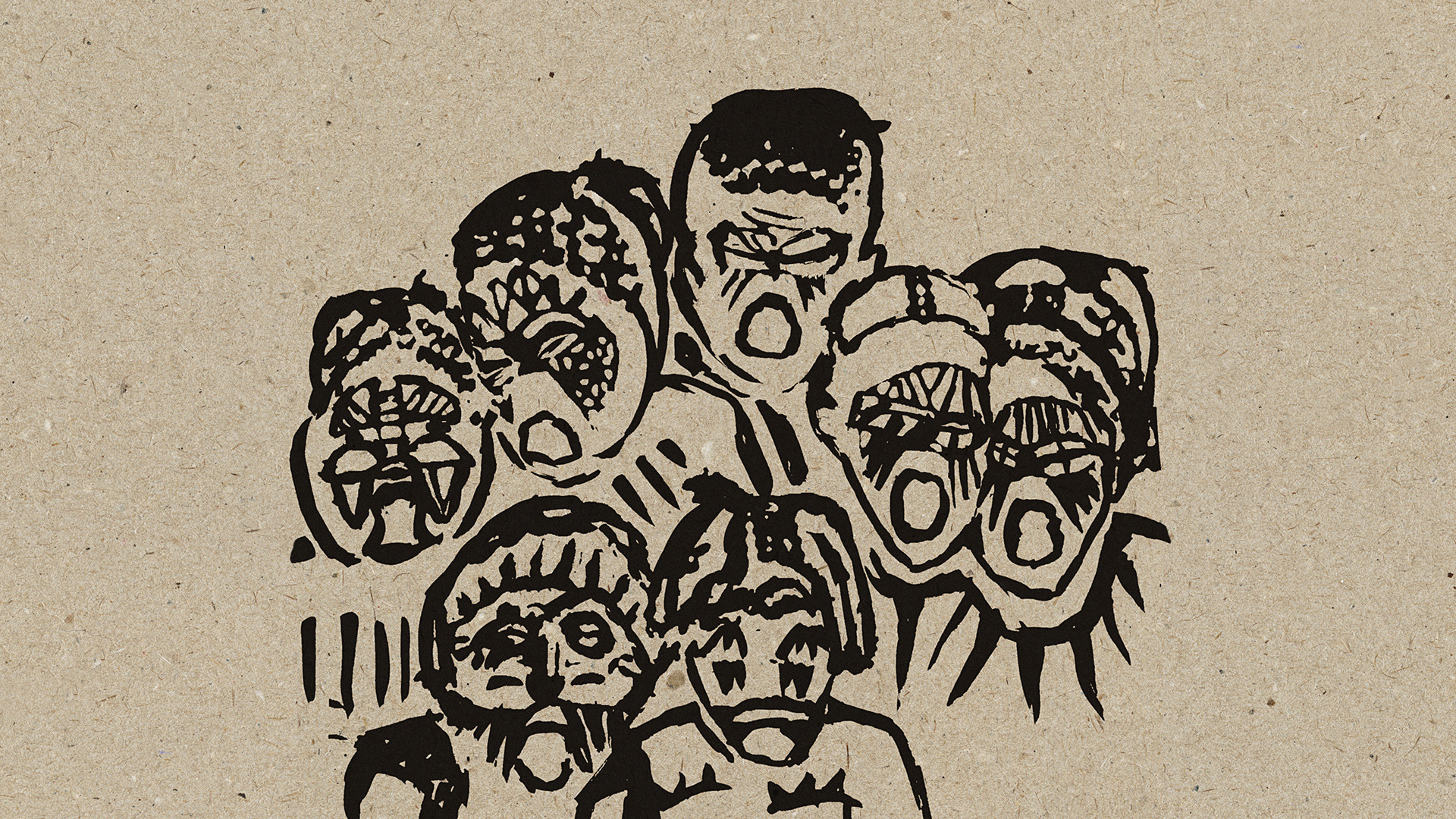 With Heart and Mind

Tamás Kaszás's solo exhibition creates a space in which different fictional narratives are interwoven with disturbingly realistic elements, and in which we can look back from a future moment on a world that no longer exists at that time. This is the inverse of oblivion; a retrospective recollection of the antecedents and consequences of the economic / political / technological / ecological collapse from the future. At the same time, it is also a kind of nihilistic agitation that opposes revelation and active action, and that does not want to alter neither the occurrences of the future nor the memories of the past.

Associated with his working method called sci-fi agitprop, Kaszás examines the fictitious material and pictorial memories of a post-collapse society embodying the role of the anthropologist, granting him an outsider position. The framework of the solo show of Tamás Kaszás consists of his latest paintings and a sound piece, as well as a large-scale installation of a fictitious propaganda tool.

Tamás Kaszás (1976, Dunaújváros) lives and works in Szigetmonostor. He graduated at the Intermedia department of the Hungarian Academy of Fine Arts in 2003. His artistic practice is centred on ecological, economic and social issues. His approach is characterized by the relationship between the autonomous individual and the community, collaborative approaches and solutions, the reorganization of experiential and theoretical knowledges, marginal perspectives and aspects of sustainability. His works and installations can be interpreted as imprints of an alternative social model, that are confronted with the global world order and all kinds of oppression.

At Trafó Gallery he participated at the exhibitions Like a Bird; I think sixteen hours a day before going to bed; Travelling without Moving. His two most significant group exhibitions especially dedicated to the genre of painting were also presented at Trafó Gallery; Tömérdek in 2002 and Dear painter! Paint for me, with heart and mind in 2007, which the title of the current exhibition also refers to.