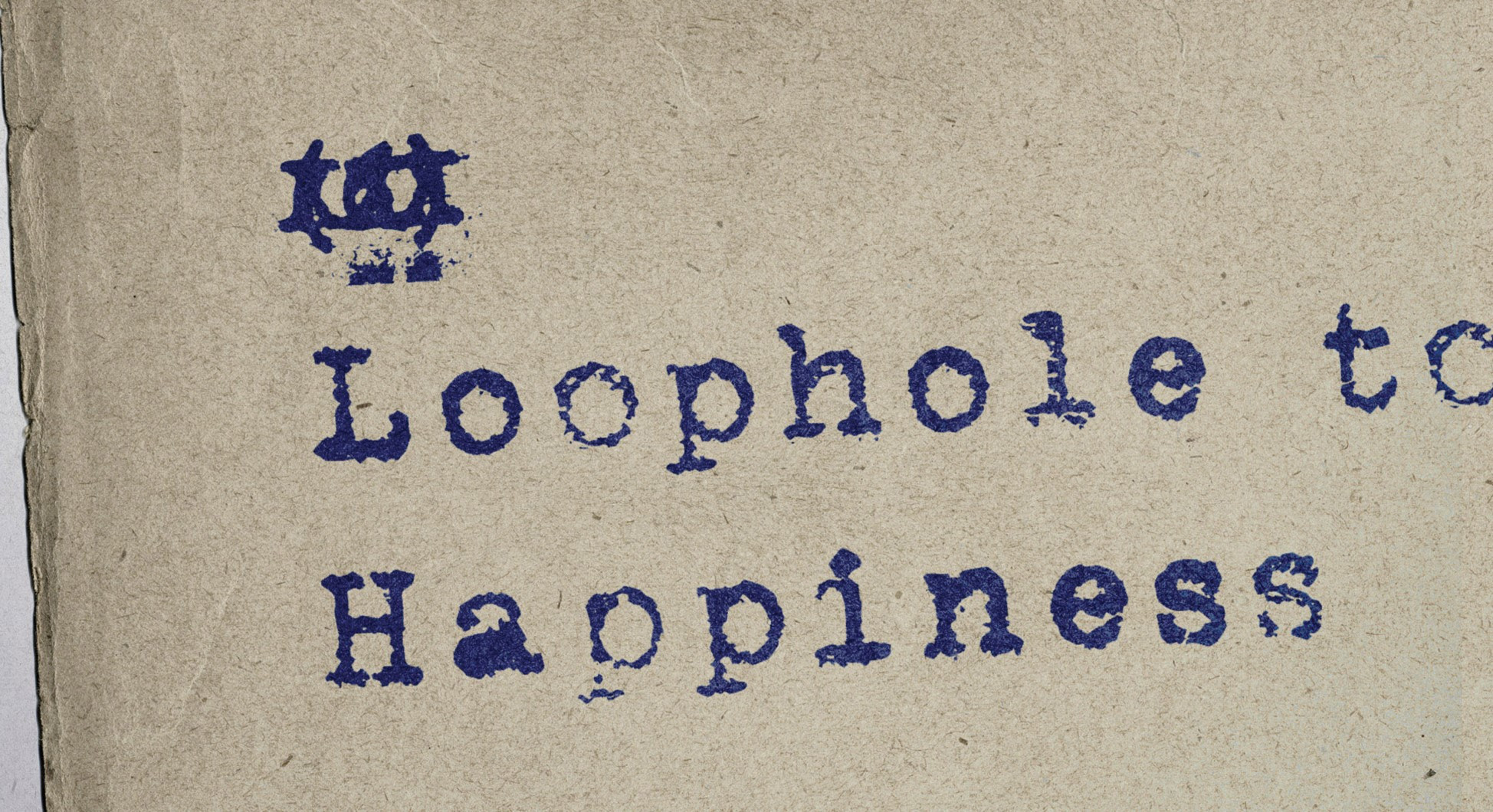 The group show Loophole to Happiness takes as its starting point the existence of loopholes on the margins of social and economic systems that enhance personal freedom and offer the potential for pleasure and fulfillment. Capitalism has perfected the technique of absorbing criticism and by mobilising creativity and social intercourse in order to generate value, created a system based on new forms of exploitation and the endless pressure of production. The exhibition examines the possibility of imagining exceptions, finding escape routes and evading the smooth surface of the neo-liberal capitalist order from the particular standpoint of worker’s resistance strategies in socialist Eastern Europe.

The title of the show comes from the cult book A Worker in a Worker’s State by Hungarian dissident Miklós Haraszti, which deals with the exploitative working conditions and inventive acts of worker resistance he witnessed during his time at the Red Star Tractor Factory in the early 1970s. He describes the practice of making ‘homers', or objects crafted by the worker using the machines and materials available in the factory and in defiance of regulations, as an outlet for creativity and agency that disrupted the monotony of factory life and challenged the exploitative system of piece-rates. The sociable creativity involved in the making of homers can be contrasted with the post-Fordist situation, in which creative urges are siphoned back into the economic cycle and emotional energy is channeled into competitiveness at work.

The exhibition brings together works which consider the adaption of working and living environments to the demand for continuous connectivity and the economic mobilisation of human affectivity, while proposing modes, attitudes and lifestyles that liberate time for enjoyment, travel and learning. Escape routes from the rules and rationale of the contemporary social and economic order are discovered in unexpected places, from painterly evocations of social celebrations during communism, to meditations on the freedom of play in public spaces enjoyed before the advent of risk society. The aspiration for happiness and self-fulfillment is contrasted with the mental pollution emanating from information overload, along with a focus on attempts to revive non-capitalistic forms of knowledge and promote uneconomic attitudes in human relations.