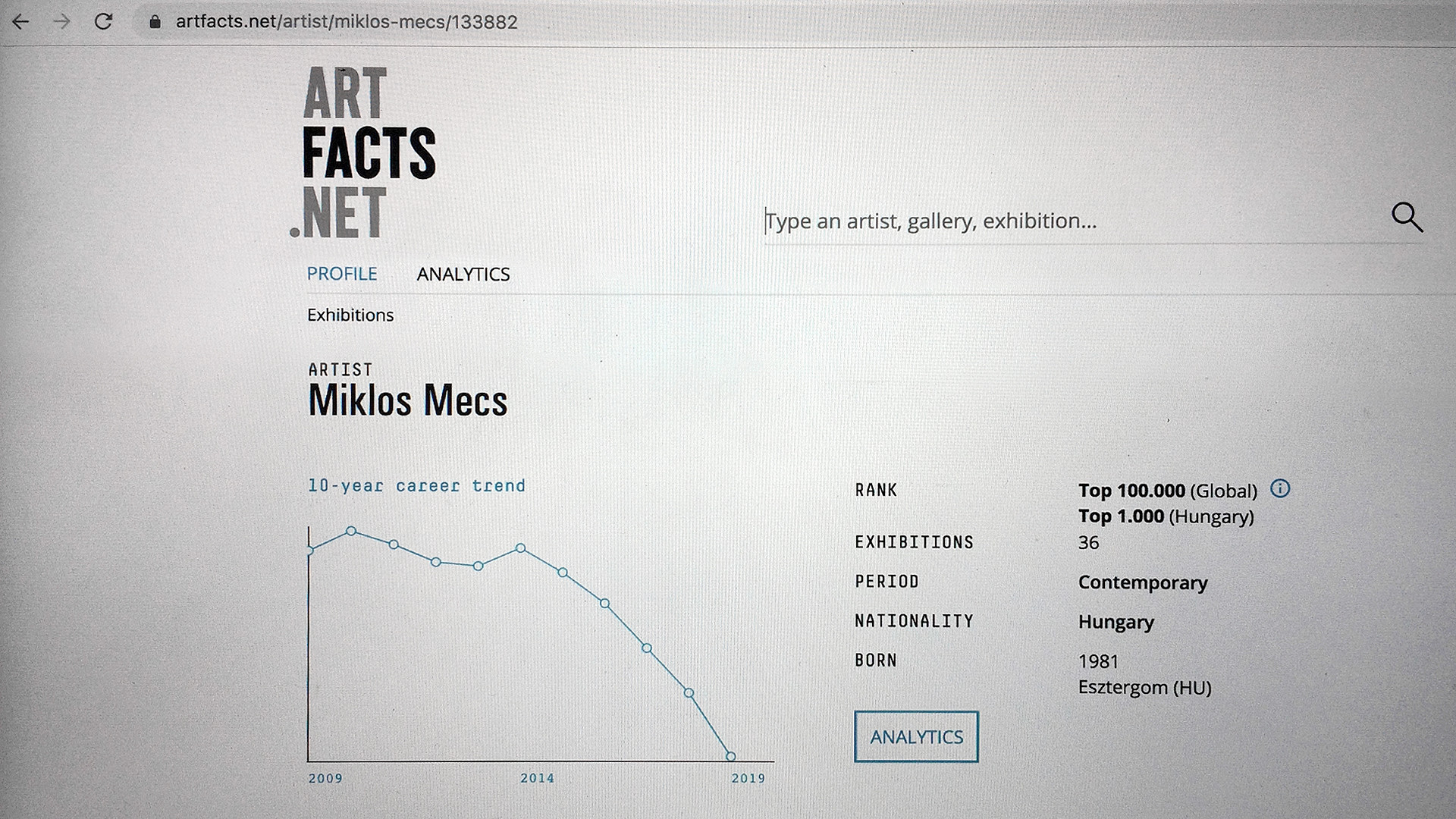 (+ Judit Fischer and the AMBPA)

Intermedia artist Miklós Mécs is constantly testing his own greed; he is very dedicatedly leaving his strongest ideas behind, he loves to ‘potter about, but only for a minute’ and ‘waste a lot of energy to demonstrate his indifference’. ‘He chews his mouth from the inside to make his face smaller.’ He is systematically trying ‘not to do anything (after all, everything happens anyways)’, ‘to live without money’ (he is saving up for a stadium) and ‘to completely erase the future’.

At the exhibition entitled Postapocapitalist, one can read ideas for non-realisable artworks, critical proclamations and post-conceptual statements selected from hundreds of fully-scribbled notebooks from the past twenty years, displayed in various forms (running on LED boards, scratched on aluminium foil or even written on cobblestones). These sometimes funny, sometimes philosophical sentences can also be considered as either pieces of life coaching advices or starting points for spiritual practices. Together with these sentences and ideas, the artist himself moves into the gallery space for the duration of the exhibition. Visitors of the exhibition and/or of the artist who is recovering from pneumonia can even make themselves at home, lie on one of the ward beds of this sanatorium and exchange further ideas with Mécs. Visiting hours are not limited!