Flashes and unfolding. Imprint of memories and snapshots in the present. Sequel, reorganization, searching for a place in the space and in the relationships, in the wholeness of the moment.  Everything moves in this dance, with us, in us, around us.

In the mixed-ability dance performance called  Acoustic delusion / illusion the creators deal with the topic of lack of visual perception and they are experimenting with other types of perceptions like hearing, touching, perceptual and kinesthetic perception. The interactive dance theatre performance based on the personal stories of Tamás Barkó. The aim of this interactive creation is to involve the audience into the special and unusual world which is free from visual stimulations.

The movement structures and other short choreoghraphes with closed eyes  are different challenges for the dancers. They discover and activate several “secret” abilities meanwhile dancing in this way. Most of the time the structures turn into games made up of random elements which are testing the flexibility and spontaneous abilities and reflexes of the performers. Playfulness, spontaneous responses and the need to connect with each other and with the audience is getting more and more intense ön the stage.

The stage is formed by the audience sitting in a circle. The dancers also take their place in the circle. In this way they are changing they roles sometimes as an observator - like the participants-sometimes as a performer. They are connecting to the audience in different ways with their actions and reactions.

"Encounters. I think everyone has some hobby, one or more. Mine is encounters with people. Usually I have many oppportunities, especially when I am on my way somewhere. When ever I spend a shorter or longer period with them, what they say may or may not make an inpact on me or pass by my ears. Most often they have an effect on me.” (Tamás Barkó)

Short film before the performance and in the break:
HIDDEN DANCES - Hungarian premiere 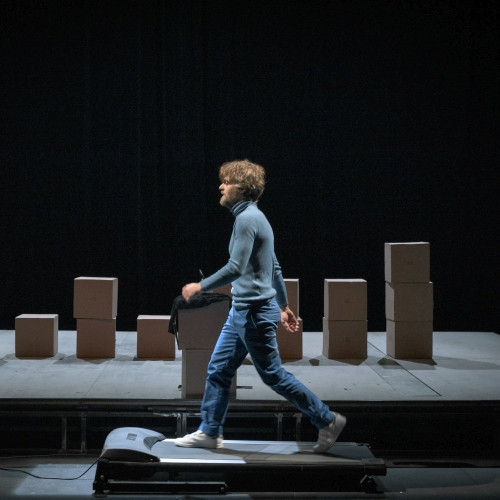 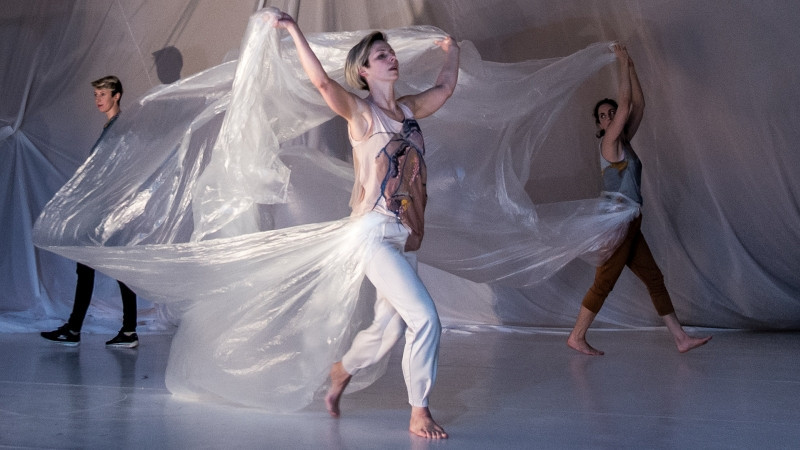 The Symptoms: Head first - or The Contractions of Expanding Time