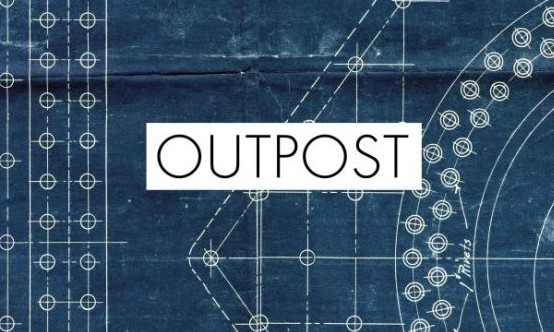 The group exhibition of Trafó Gallery shows large scale installations of Slovakian and Hungarian artists which analise the anti-utopian aspects of the region’s locality and present. The panorama which is constructed by the displayed artworks becomes also interpretable as an abstract theatrical set of the recent past of Eastern Europe. The installations which mediate also a „post-apocaliptic” mood reflect with their own specific aesthetical tools to the dynamics of the local society and economical processes.


The displayed works create an ironic relation towards the provinciality of the often fictional eastern-european identity, but don’t deny their site-specific locality. On the contrary the exhibition states that the common visual language of eastern european art could be based on motives what can be described as „garage-aesthetics”, „homemadeness”, „tinker-culture”, and „do-it-yourself character”, which are already parts of the region’s surpressed cultural identity. These attributes – otherwise often used with negative connotations –, in the context of this exhibition refer to the „handymen”, romantic and humanist attitude of the exhibiting artists.


Speciality of the exhibited installations is that there is a discrepancy between the material, the form, the shape, and the (imitated or real) function of the artworks, which create an interpretational play. Furthermore the most frequent material of the installations which appear in the space is wood; the high-tech or the imitated high-tech solutions applied by the artists overwrite the rural texture of the basic material. Among the exhibited artworks there is a portal equipped with motion-sensors, which always shuts you out; a stealth-bomber shaped - homeless tent; a modified gas station; and a roof structure which separates an intimate segment from the gallery space.


Péter Tamás Halász’s and Gyula Domián’s perhaps most monumental piece Stealth – First Form 3. from their joint project First Form is exhibited in the Trafó Gallery. The piece is a (formal) paradox, which brings together to a common denominator one of the most effective military devices, which is invisible for radars; and the homeless,- or more precisely their temporary sheds or tents produced with effective recycling technology – who are damned to invisibility by the society’ indifference. The two artists compress two totally contrary forms (low-tech/high-tech) indicating that globalisation empowered by militarism creates contradictory processes: the society invests in devices which create more and more homeless people and more breaklines in the society.


Tomáš Džadoň’s Super Flat portal installation is one of the artists’ most spectacular pieces, which – as his very consequent art practice in whole – researches utopian connections between architectural space and the society. Džadoň’s installation art is a reflection also on the society’s post-socialist state, and the critique of provincialism. His art is also exploring the possibility of the contemporary interpretation of tradition. During his exercises he often uses overidintification as a method.


Pavla Sceranková’s new generational sculptural practice is based on the innovative use of materials, and a strong conceptual background. As many of the sculptors of her generation she is also bravely experimenting with the use of video in her work. The special feature of Sceranková’s art is that she researches the private memory and human perception through mobile sculptural forms. In the Trafó Gallery the video documentation of her previous installation’s is screened. The central element of the work is a symbol of the early eastern european capitalism: the private gas station. This line of business which was very prosperating decades ago become bankrupt for the present days, but the buildings as mementos still remained on the side of the roads. The artist equipped in her very sensual piece the modern ruin with the prothesis of wooden panels, which can remind the viewers on the doors of western saloon’s and the switchable open/closed signs of shops. The millieu which also incorporates the sense of abandoned western-film sets reflects on the temporality of the recent past’s financial structures.


The works of Ádám Kokesch can be interpereted as a research of potential connections or links between forms and functions. The pieces of the artist create a discrepancy in the perceptional mechanisms of their viewers, and they overwrite their pre-conceptual schemes. The installations and the objects of Kokesch can highlight and emphasize in an abstract way the special elements of the space, thus their functional method based on symbols can become transparent. His newest installation can alloy and confront at the same time the private, intimate and the public nature of the space.


The exhibitors are among their local generations most succesfull artists, their awards and grants testify this. Tomáš Džadoň got the first prize of Essl Award in 2007 and he was nominated in 2009 for both Oskar Čepan and Jindřich Chalupecký awards. In 2007 Pavla Sceranková was also a finalist of the Jindřich Chalupecký Award. Ádám Kokesch in 2006 got the first prize of Strabag Art Award, and in 2009 he was nominated for the Aviva Art Prize.

Supported by The Slovak Institute in Budapest and Eur-Tranzit Kft.