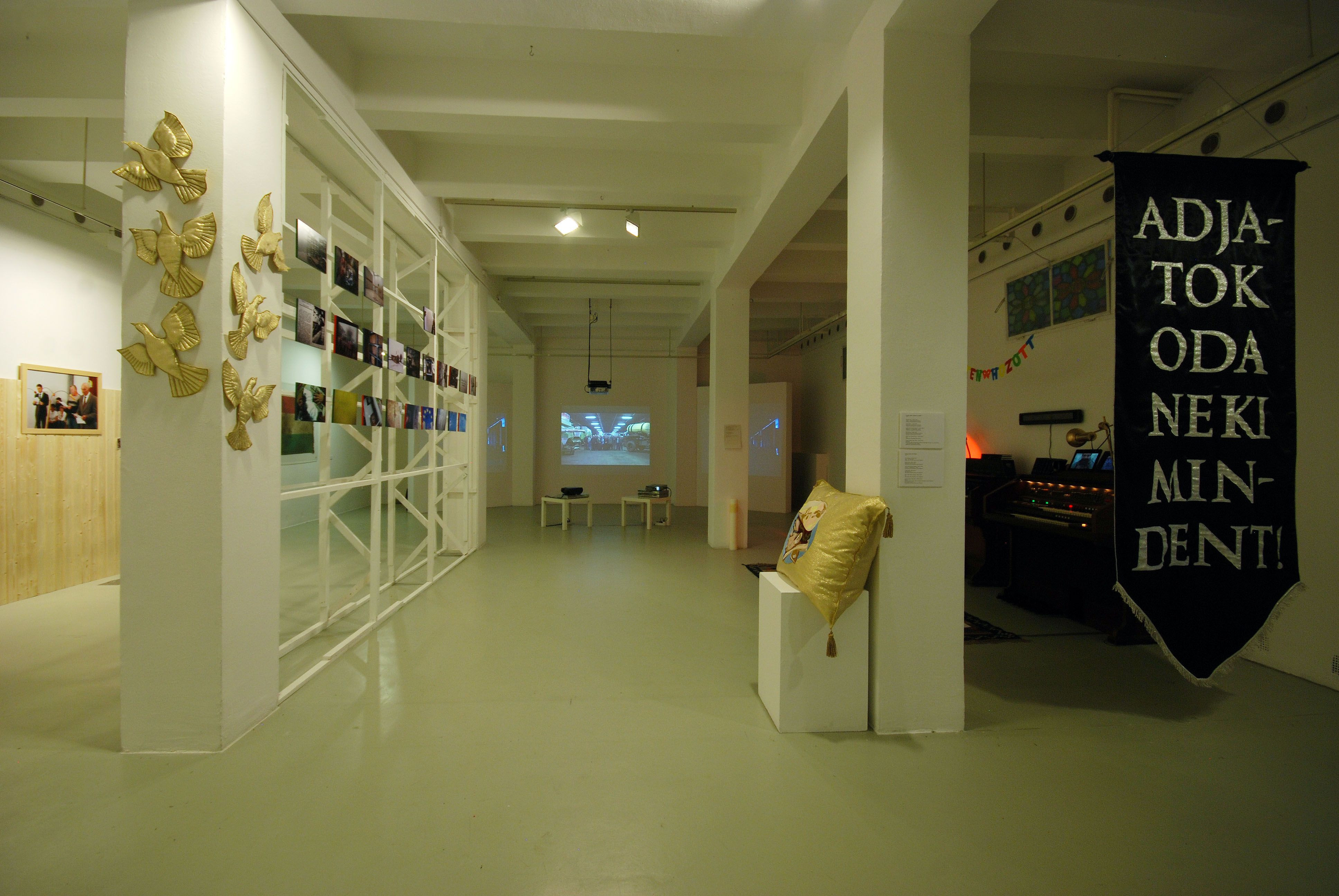 Everytime Everything for Everybody

Taking as its point of departure the modus operandi of European cooperatives, the research and exhibition project of international collaboration explores the potentials and pitfalls of collective production. On the one hand, the title of the show refers to one of the significant incentives during the years of democratic transition: the promise of the big deal. On the other hand, it reflects on the original mission of collectives, which centred precisely on the ideals of community and sustainability as opposed to individual accumulation of wealth.

Originating in the 19th century, the system of cooperatives has taken several forms around the world: there are economic, religious, political and social cooperatives. The concept of reciprocity and democratic distribution of goods instead of concentration of capital, based on the personal and financial contribution of the members, is without doubt an idealistic model. Moreover, from today’s point of view, the principles of operation and stock of goods of most cooperatives are dubious. The question remains: will the recent economic developments affect the relevance of the model that is based on local communal values and independence?

In accordance with the fact that the “message” in our consumption-dominated world appears ever more in the form of commodities, the project started with opening and operating a shop in Berlin-Neukölln, which sold the products of various cooperatives. In addition to shopping, the shop was the site of information exchange, providing publicity for the alternative economic models forming the backbone of the cooperatives.
Diverging from the Berlin experience – which seemed to justify the opportunities of the “big deal” by the retail of co-op products – the Hungarian stage of the project takes place in a niche dominated by the still prevalent impact of post-war nationalization and the economic hardships caused by contemporary global capitalism.

The exhibitions on the two locations (Institute of Contemporary Art – Dunaújváros and Trafó Gallery – Budapest) present the research and personal reflections of Hungary-based contemporary artists. The Dunaújváros show also reflects on local history, as the exhibition space built in 1963 initially served as a location for product shows. Andreas Wegner’s photos display the beginnings of co-op production and its sites today. His installation assembled of co-op products gives insight into a peculiar world of tin toys, household appliances and musical instruments. The project of visual artist Katarina Sevic and ethnographer Zsófia Frazon is a multimedia narrative in space, combining documents of the history of the site with those of the history of production and consumption. It shows the often comic contradictions between cooperative concept and practice.

In Trafó, Gábor Gerhes presents the products of a still active cooperative of flag makers and embroiderers, made on order for art collectors. Sándor Bodó plunged into a research of personal significance, revisiting three cooperatives that had a role in his own life. Krisztina Erdei’s photos record these from a subjective point of view. Judit Fischer, Miklós Mécs and Csaba Vándor set out to found their own cooperative for the exhibition. However, the preparations have led them to realize that founding a church, likewise based on the devotion and voluntary cooperation of the members, seems to be a more feasible objective.

Related exhibition:
Everytime Everything for Everybody

With the support of the European Union and National Cultural Fund, Hungary.