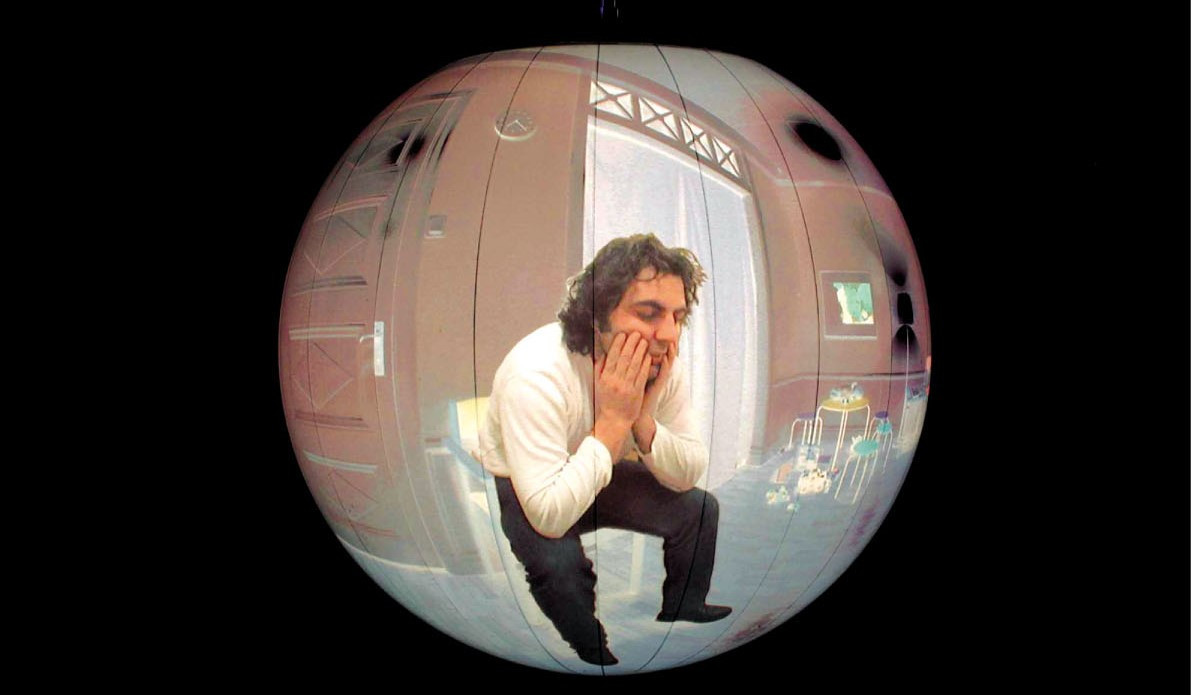 In / Out - In / Out - Bigert & Bergström, Jonas Dahlberg, Gyula Várnai Gyula

The show, based on the curator’s research trip to Sweden in June of 2002, is presenting three Swedish and one Hungarian artist. Their work investigates the perception and representation of space and time. Trough the works shown, the gallery is going to be transformed to be a site of illusion and flow, a place of transformation, constant move, at the same time leaving the visitor with the feeling of disquieting emptiness.

The transformation of the gallery space is an important part of the show. The works Horizontal Sliding and Vertical Sliding by Jonas Dahlberg will be projected in an L-shaped dark corridor divided in two rooms. The entering visitor gets directly into this space and walks along the two rooms, lead by the dynamics of the screened videos. Jonas Dahlberg has investigated the perception of space and the phenomena of surveillance trough several of his works. Horizontal and Vertical Sliding has been created by building two architectural models that has been filmed in a way that the audience can hardly notice the delusion. What they see is an endless loop of a series of empty rooms lined up next/under each other so that the camera is moving along them unobstructedly. The spaces portrayed in the videos are informed by the views is Kubrick’s Shining – this might be part of the explanation, why the spectators start to feel themselves watched while standing in front of the images, that seem to be the continuation of the real space built around the installation.

Getting out of these spaces, the visitors find themselves in an inner section of the dark gallery where spherical photographs and a smaller video projection by Bigert & Bergström is shown. The spherical photographs, depicting waiting rooms with lonely characters endlessly waiting in them, are rotating slowly, somehow echoing to dynamics of Dahlberg’s spaces. The round-shaped projection shows a figure from above, ceaselessly trying to get out of the room through one of its four doors but immediately appearing trough another one.

The Hungarian participant, Gyula Várnai is presenting a video work on a monitor, conceived for this show, a surreal audiovisual composition of objects and body parts transforming into each other – the feeling of being catched in an endless circle or in a diabolic loop is complete and unavoidable.