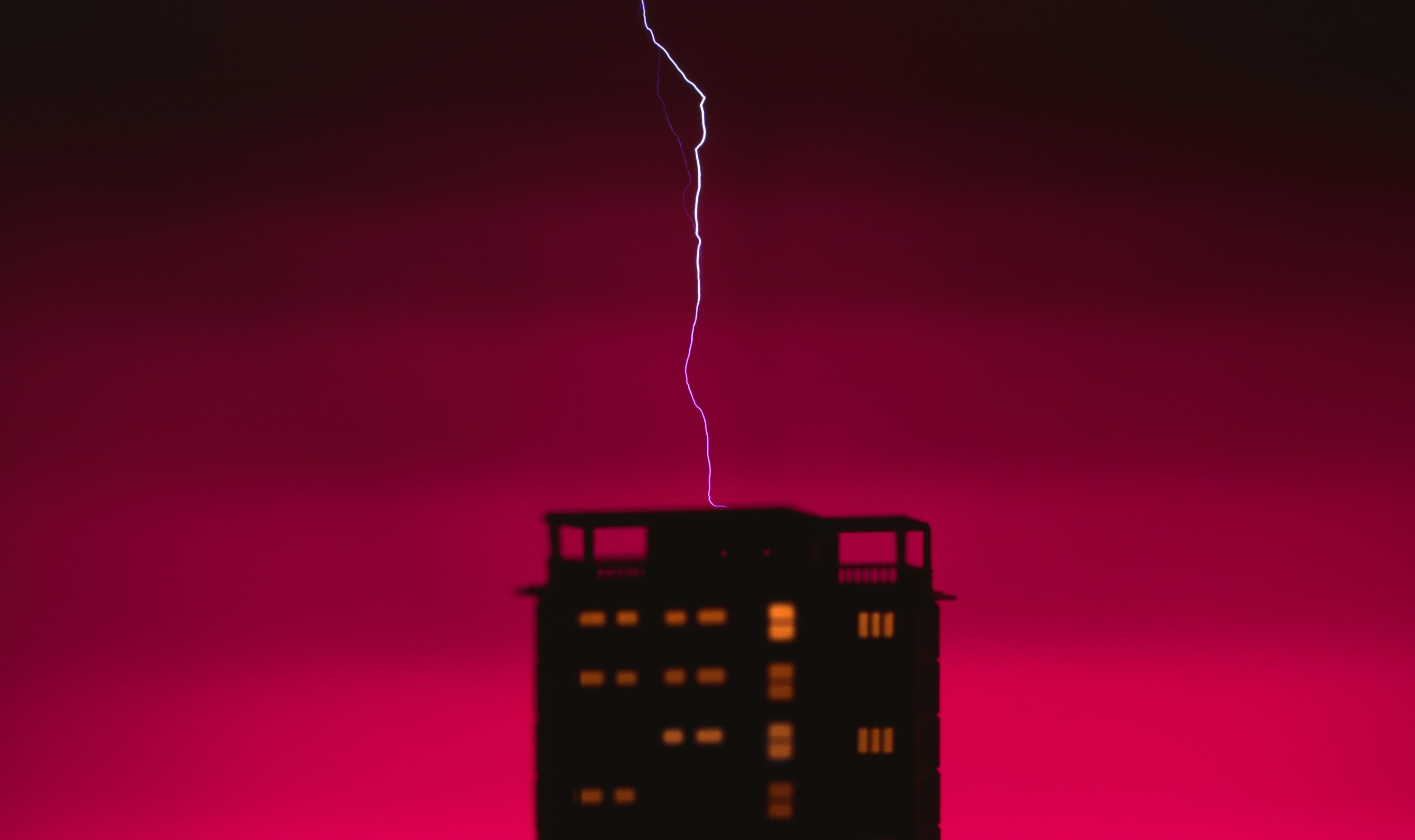 In his solo-exhibition Dezső Szabó introduces his latest photo-series, alongside a motion picture, which are complemented by work in progress photos documenting this complex project. Dezső Szabó has been focusing since more than a decade on the utilisation of the medium of photo within the frame of contemporary visual art, after finishing his analitycal monochrome painting programme. The artist is obsessively searching for possibilites of creating and re-creating reality with his photos, which are shots made about modelled views, which are constructed with simulational techniques. Dezső Szabó’s images are focusing on the documentary nature of photography, and the photos themselves speak about the modus operandi of the medium.

In order to create this imagery, the artist has been modelling various physical phenomena with the use of smoke machines, water circulators, and pyrotechnics. The latest images were also taken in laboratory conditions with the help of a custom-made Tesla-transformator, which creates electric discharges, which are smaller but similar phenomena as the thunderbolts of summer storms. The selection of the thematised phenomena is the result of a conscious process, since through these the artist is consistently criticizing our visual culture’s unreflective sensationalism, and its peculiar visual branch of catastrophe films screened on various educational channels.