blood, chicken, erotica
„The piece of the Frenák Pál Company can be characterised by sharp movements, the total destitution of the body and grotesque dismay. It is hard, metal-like and shameless.” Ádám Mestyán: Magyar Narancs

Frisson is based on the dancers’ shadow-play, projected on a square-shaped platform on stage. The fantasy journey in the realm of shadows is obviously a symbol: the search for the deepest layers of man and their unconscious contents, to extend limits and to find some final truth, some kind of pure reality -these are the most desired goals of mankind.

The shadows on the platform attract our attention. Not only the spectators, but also the dancers are trapped by their own silhouettes coming to life. They are moving together with their shadows, trying to -catch or somehow possess them. However, the tempting or sometimes fearsome phantoms flying by within reach finally prove to be unreachable.

In the western civilization, people are afraid of their –shadows and want to defeat them. However, in the Japanese culture, which has had a deep influence on Frenák’s art, facing the inner-self is a virtue. In this new creation, Frenák tries to remind us that shadows are stronger than the physical body, because they cannot be touched by -time, and since we are unable to control the world of shadows, it is best to accept it and dissolve in it. 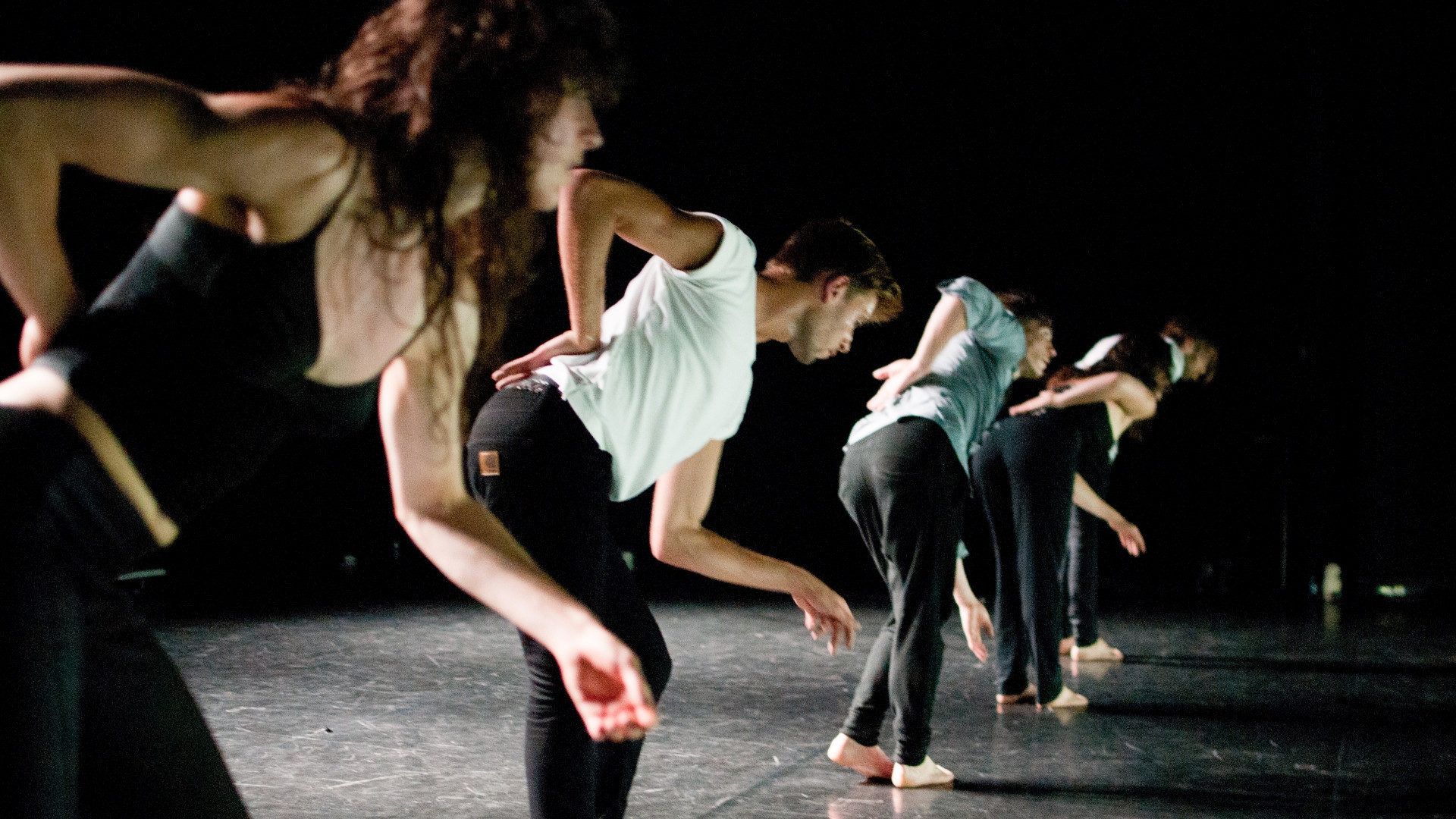