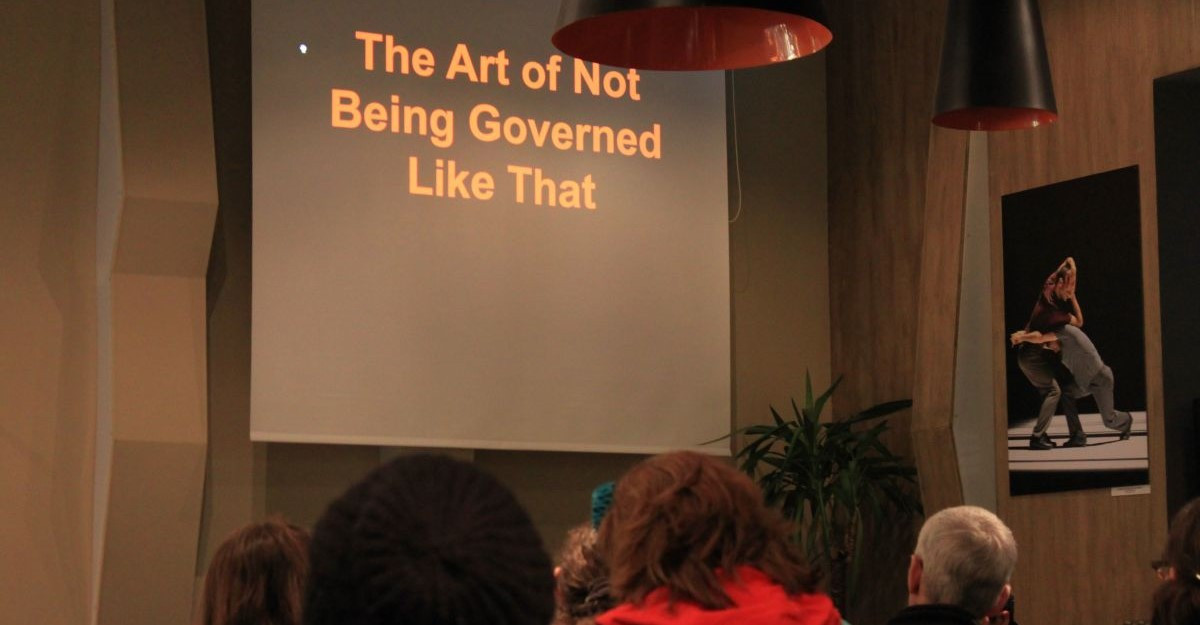 Our political design workshop is being organized about the possibilities, resources and methods for the communication of political thinking, held by international designers and theoreticians. The aim of the workshop is to gain the theoretical and practical knowledge which helps to form opinions supporting human rights and franchise, and, that promotes social responsibility and solidarity. In the frame of the programme Trafó launches a public presentation and a talk. All are welcome!

> 15.00- 15.45 Keiko SEI: Political turmoil and Design - The Case Thailand
The new millennium has been the decade of political instability in Thailand. A business tycoon-turned Prime Minister was ousted after a series of rallies and the coup. The country has been divided into two camps that are known as yellow/multi-color shirts and red shirts. In this division the monarchy has been used for political manipulation and maneuver which is becoming more and more intense. Political design has flourished during this period, reflecting on characteristics of both camps, contributing to empower citizens’ movement, while swimming through the complex web of class society. Keiko Sei is going to present the recent examples of political design in Thailand.

> 15.50 - 16.35 Sethu DAS: Social and Political Change Through Design
*Design & People* identify how design can intervene to make a contribution to the on-going efforts to improve the lives of people disadvantaged by war, disability, and political and environmental conditions. We unite and encourage graphic, industrial and architectural designers to use their experience and skills in social and humanitarian projects. *Mission: Design For People In Need.*

> 16.40 – 17.25 Yvonne P. DODERER: The Art of Not Being Governed Like That
The conflicts about the railway and real estate project Stuttgart 21 and the formation of a resistance movement against this project have been the starting point to develop a new section within the exhibition RE-DESIGNING THE EAST Political Design in Asia and Europe by the Württembergischer Kunstverein Stuttgart shown from September 25, 2010 to January 2, 2011. This section The Art of Not Being Governed Like That, refering in its title to Michel Foucault, will be introduced and discussed in this presentation.

The presentations are followed by a public discussion, which can be continued in the frame of our workshop organized between 27th-29th February, 2012.

The presentations will be held in English.

Supported by the ERSTE Stiftung, the EU Culture Programme 2007-2013 and the National Cultural Fund of Hungary.