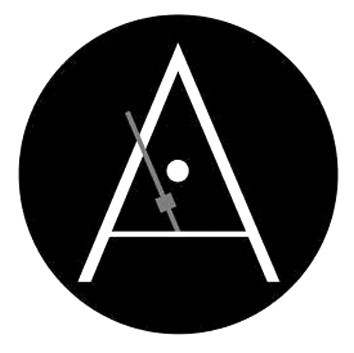 “She put on a show that sounded just like a Transparent Sound performance. She is a true piano heroine – she played not only the piano, but also the harpsichord and with electronics. The best moment was when she played chamber music with her own video-self. We just have to invite her!” said enthusiastically Balázs Horváth, the curator of the evening, after he had returned home from Valencia, where he had seen Lluïsa Espigolé at a contemporary music festival in 2018. To say that she ‘plays the piano’ would be amiss, as Espigolé is more than just an ordinary pianist. Her repertoire focuses on music that coexists with visuality, and that can only be described as “transparent sound”. We wanted to complement these works with a Hungarian composition. Bálint Baráth’s new piece, which he composed specifically for the festival, will be premiered at the concert. Let’s see how the heroine of the evening leads us through this unique piano territory.

Lluïsa Espigolé is intensively engaged in contemporary experimental music. Her activity is currently focused on the performance and premieres as a soloist, chamber musician, ensembles and increasingly in interdisciplinary projects, sound performance and free improvisation. As a soloist she has promoted and premiered many composers of her generation and collaborated with performers, improvisers and multimedia artists of the experimental scene, with regular appearances in festivals and venues such as 8Brücken Köln (Cologne), Lucerne Festival, Festival Ensems (Valencia), Heidelberger Frühling, ISCM World Music Days, Festival Mixtur (Barcelona), Festival Musica (Strasbourg), Internationales Musikfestival Darmstadt, OUT.SIDE, Sampler Sèries (Barcelona), Sónar Barcelona, Sound of Stockholm, VANG Músicas den Vanguardia (Madrid), Alte Oper (Frankfurt), Fundación Juan March (Madrid), L’Auditori (Barcelona), Liederhalle (Stuttgart), KKL (Lucerne), Philarmonie (Luxembourg), Zentrum für Kunst und Medientechnologie (Karlsruhe), among others. Based in Barcelona, Lluïsa Espigolé performs with CrossingLines and Funktion and has collaborated with a variety of ensembles including Ensemble Adapter (Berlin), Ensemble Ascolta (Stuttgart), Ensemble Modern (Frankfurt), Ensemble Linea (Strasbourg), Ensemble Plus Minus (London) and orchestras including the SWR-Orchestra and the Orchestre Philarmonique de Luxembourg. She develops pedagogical activities in collaboration with universities as well as with musical institutions in particular on piano music of the 20th and 21st centuries and multimedia repertoire. She ist currently professor of contemporary piano and chamber music at the CSMA University of Music in Zaragoza and co-director of the Àrtic Escola de Música i Laboratori Sonor in Barcelona. Lluïsa Espigolé was most influenced by her teachers Yukiko Sugawara, Nicolas Hodges, Florent Boffard and Florian Hölscher. She also worked closely with Hermann Kretzschmar, Ueli Wiget and the members of the Ensemble Modern during the Internationale Ensemble Modern Akademie in Frankfurt. Further artistic influences were provided working closely with composers such Peter Ablinger, Mark André, Michael Beil, Beat Furrer, Helmut Lachenmann, Berhnard Lang, Marco Stroppa and also with many composers and sound artists of her generation.