UH Fest returns with performances by international and local artists in various clubs and venues across Budapest. On the closing night of the one week long UH Fest there will be performances by Iranian electronic music producer and pioneer Ata Ebtekar aka Sote and US minimalist composer and saxophonist Lea Bertucci.

Hungarian debut of total rock noise improv freak out of two masters Keiji Haino and Balázs Pandi. Keiji Haino is a Japanese musician and singer-songwriter whose work has included rock, free improvisation, noise music, percussion, psychedelic music, minimalism and drone music. He has been active since the 1970s and continues to record regularly and in new styles. Balázs Pándi is a Hungarian drummer. He has worked and toured with various acts from all around the world including Venetian Snares, Otto von Schirach, Last Step, To Live and Shave in L.A., The Kilimanjaro Darkjazz Ensemble and Zu. He also played drums for the Blood of Heroes project. Since 2009 he has frequently played drums live with Merzbow and they have released three live records together.

Ata Ebtekar aka Sote is an electronic music composer and sound artist based in Tehran, Iran. Over the last two decades, he has published his work via established labels such as Warp, Sub Rosa, Opal Tapes, Morphine and Repitch among others. In 2018, he founded his own label Zabte Sote, which functions as a sub-label of Opal Tapes, and focuses on work by Iranian experimental electronic composers. Sote is also a co-founder of Tehran’s prime experimental music festival SET.

He composes music with a deeply-held conviction that rules and formulas should be deconstructed and rethought. A pivotal figure of the electronic music scene in the Middle East, he alters musical modal codes from their original tonality and rhythmic tradition to achieve vivid synthetic soundscapes.

The latest project in this ongoing quest is Parallel Persia, it deals with the illusion and creation of an artificial hyperreal culture manipulated and controlled by an imperious agency somewhere within all galaxies. Like all realities, greed and arrogance channels destruction of life. However, the path to havoc includes resistance via beauty, grace and symmetry. Snapshots of an apocryphal Iran are presented via sonic and optic schematics for a synthetic "Persian" experience. The music was created by Sote in collaboration with Arash Bolouri (santour), and Pouya Damadi (tar).

Her discography includes a number of solo and collaborative releases on independent labels and in 2018, will release the critically acclaimed

Metal Aether on NNA tapes, as well as a commission for percussion ensemble Tigue and a second edition of her much anticipated graphic score book, The Tonebook, on Inpatient Press.

Holly Dicker attends the Budapest festival with a bold and uncompromising vision. 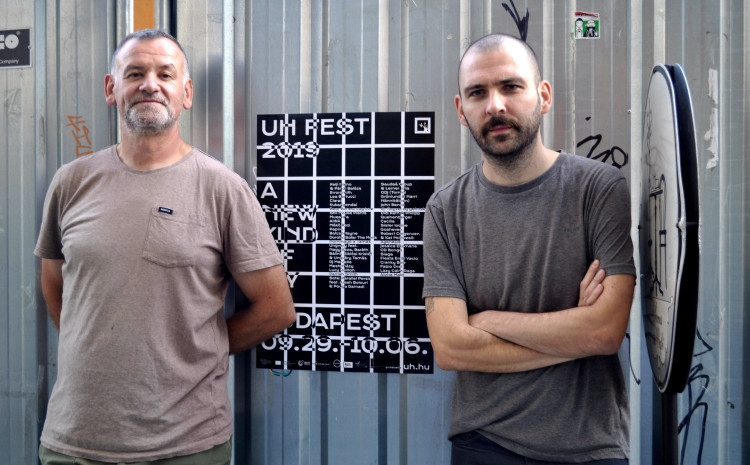