How is a system structured and by what means does it sustain itself? What happens if it crosses something strange to it?

The performance examines these issues starting from the large structures that frame our daily lives to micro-systems such as the interconnection of two qualities of movement in a choreography. Construction and demolition acts succeed each other, idolatry and image destruction, borders fall to elements and become palpable. But is it the demolition of the walls or just the continuous relocation of the frames? And does it really give space, or is it just the beginning for new barriers doomed to demolish?

Viktor Szeri (1993) is an independent dancer and choreographer living in Budapest. His pieces mix elements of performance, music and motion picture. It examines different subcultures, alternative identities and reflects on the challenges of its own generation. For him dance is a means of expression, an opportunity to question social order and power structures. In his performances, he creates an intimate space defined by free thinking. As a choreographer, he experiments with ever-changing emotional states and seeks to transmit a visceral experience.

His previous works have been shown in several theaters and galleries in Budapest, and his solo performance ∆YOU TAKE MY BREATH AWAY∆ has been shown at the Collegium Hungaricum in Berlin. In 2017, he participated in a collaborative project as part of the Moving Visegrad Contemporary Dance Choreographic Residency in Istanbul and won a scholarship from the ImpulsTanz Festival DanceWEB2017 in Vienna. In 2019, with the support of the Visegrad Fund, he participated in the Meetfactory residency program in Prague and presented a new piece in Minsk at the invitation of the Performensk Festival. His performance Sandy is going out was presented at the MU Theater, the Castle Garden Bazaar and the Colorado Festival. He is a founding member of a collective called Hollow, who have already presented their work at several foreign and domestic festivals, galleries and theaters.

IMPORTANT:
Dear Guest,
Due to the nudity in the performance, the creators request to cover the camera on all devices before entering the Main Hall and provide a pouch as well; please keep your mobile phones in this pouch until the end of the performance. Thank you for your understanding!

The production took place within the framework of the Staféta Program established and supported by the Municipality of Budapest, with the additional support of the Ministry of Human Capacities. 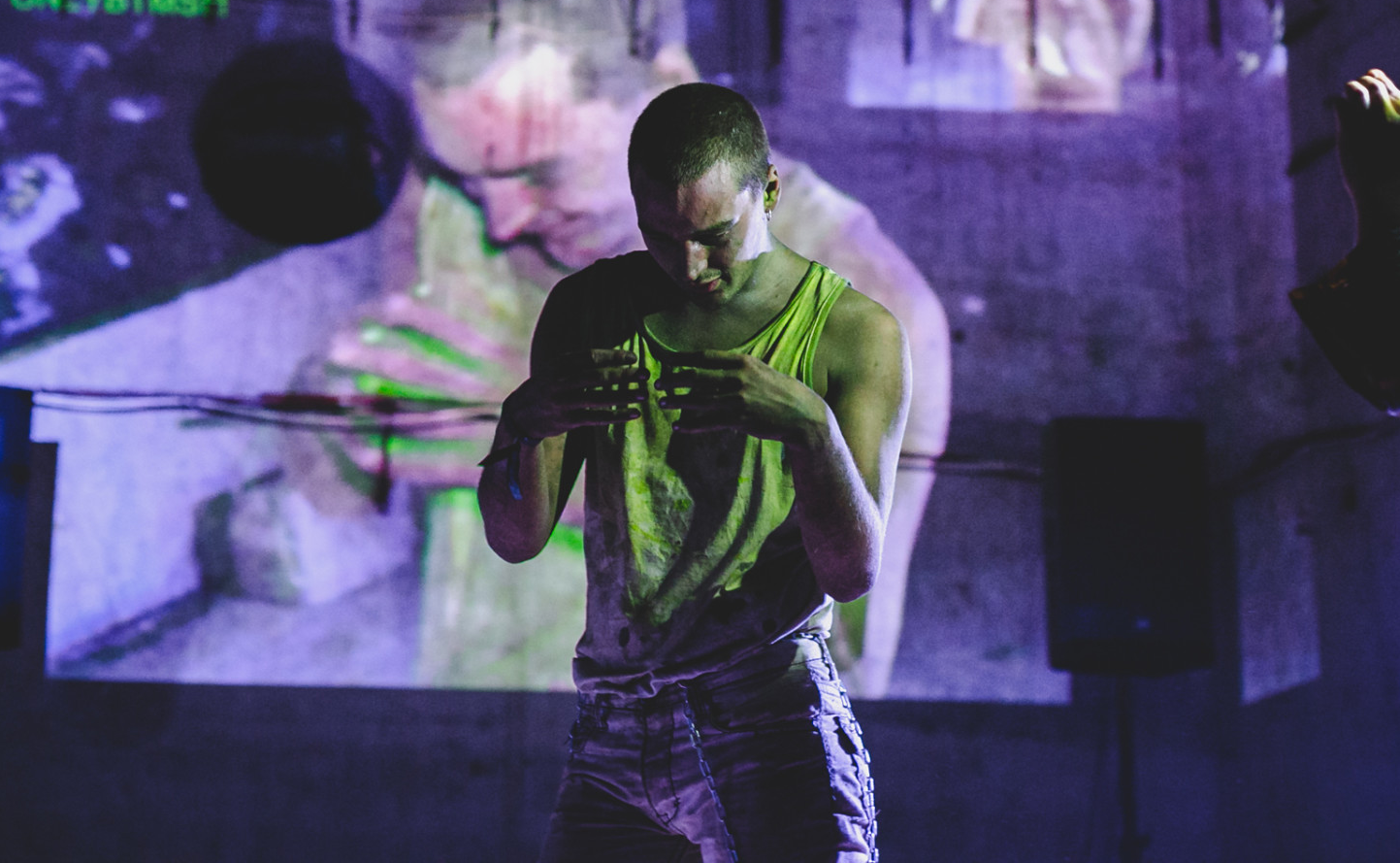