Maximum audience number: 50. The performance will start promptly, and latecomers will not be admitted.

David Somló’s series of events explores the boundaries of listening in the plain, empty space of Trafó Studio. During this performance a live composition, utilizing simple elements and combining multichannel light and sound, will slowly unfold on the senses, creating an immersive, field recording-inspired environment that will envelope the listener. Thus, Listening Club will transcend the individual nature of those attending to create a collective experience.

0. From close in to far away and back again
1. I am sitting in my living room. I can hear that the boiler in the hall has started up.
2. On the other side of the bedroom wall the old lady is Skyping with her daughter again.
3. On the corner of Teleki square a dog starts to bark. His owner shouts at him to quieten down.
2. A faint thump. A pigeon has flown into the kitchen window.
1. A key starts to turn in the front door lock. I look round, my neck cracking a little.

"Quantum listening is listening to more than one reality simultaneously. Listening for the least differences possible to perceive - perception at the edge of the new. (…) One focuses to a point and changes that point by listening. (Pauline Oliveros - Quantum listening)

"The whole space has the effect that we are in different dimension and sounds and noises are coming from a parallel reality. (...) Sometimes just barely noticable sounds are communicating in the sphere, other times powerful resonations are vibrating through the rooms." (Steven Loom, Kiállításmegnyitó blog)

David Somló is a Hungarian interdisciplinary artist. In his artistic practice he is interested in those human interactions that are small but significant, as well as the exploration of audience perception, utilizing both time and performance spaces. He composes situations. 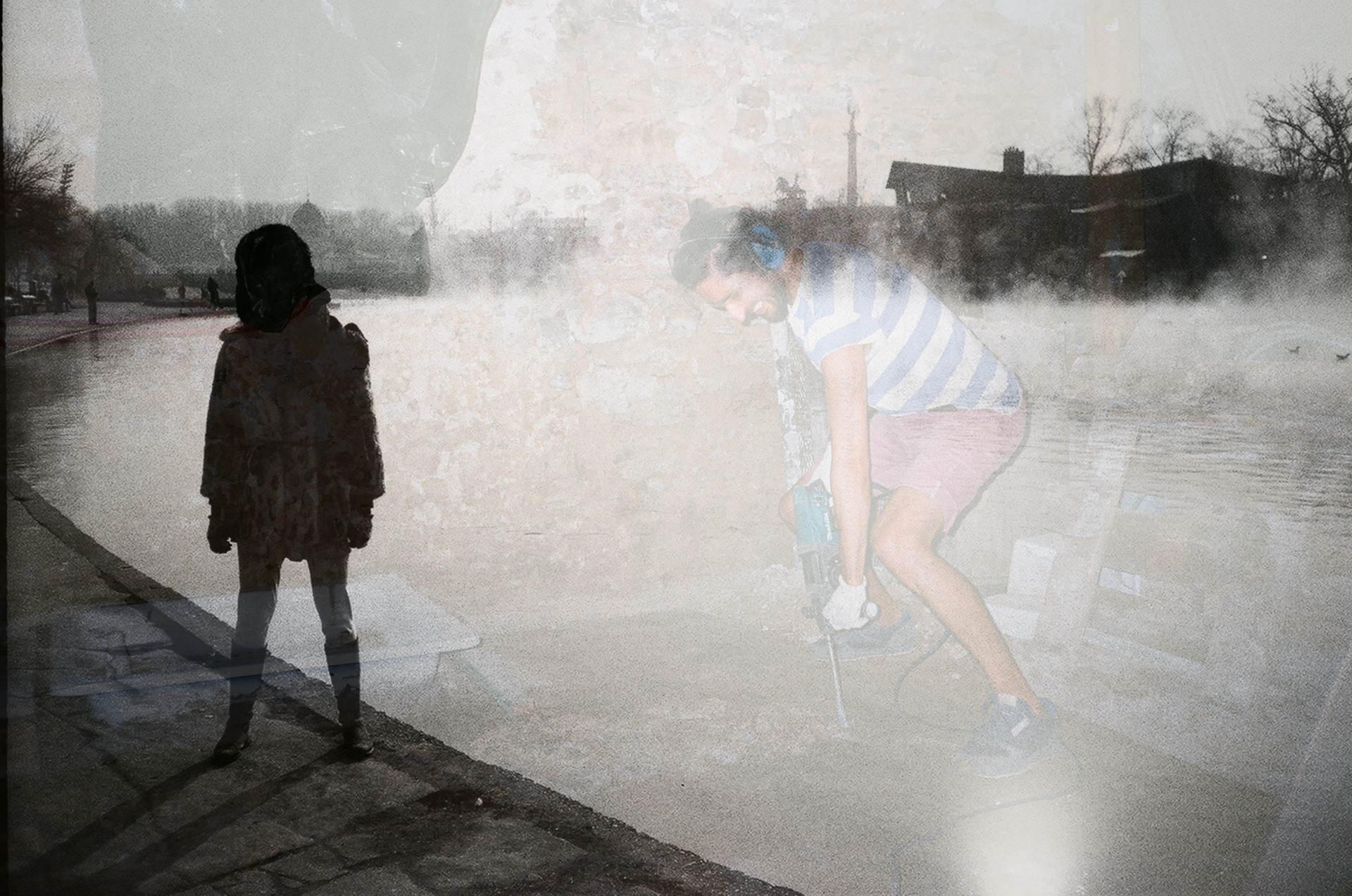